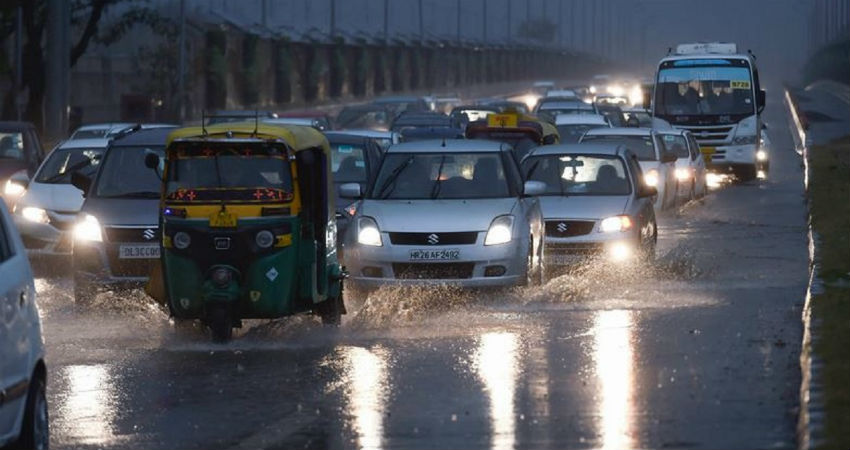 After a long time in Delhi, it was raining heavily. The national capital had been waiting for the rain for a long time, but the wait continued.

The monsoon was active in many places in the plains of North India for the last three-four days. It was expected that rain activities would be seen in the national capital as well as other NCR cities - Gurugram, Noida, Ghaziabad, Faridabad, and Ballabgarh. It was raining but only in a few areas.

The wait ended and during the last 24 hours, especially in the last night, torrential rains were seen at many places in Delhi and NCR. This is the highest rainfall to date in the 2020 monsoon season.

The axis of monsoon trough is currently extending through Punjab and Uttar Pradesh to the Bay of Bengal. It is very close to Delhi. Apart from this, a cyclonic circulation is also seen over western Rajasthan. Apart from these seasonal systems, a new low-pressure area is going to develop on the Bay of Bengal today.

This system will also move in the northwest direction, due to which the monsoon is expected to remain active in Delhi and adjoining cities for the next week.

Although it has rained like last night, there will not be that kind of torrential rain in the coming days but light to moderate rain will remain.
Meanwhile, between 1 June and 12 August, Delhi received 230 mm of rainfall 35% less than normal.

However, if we add the number of rains during the last 24 hours, the difference between normal and actual rainfall will be less.