Monsoon to become monstrous in parts of Maharashtra yet again, rescue operations continue 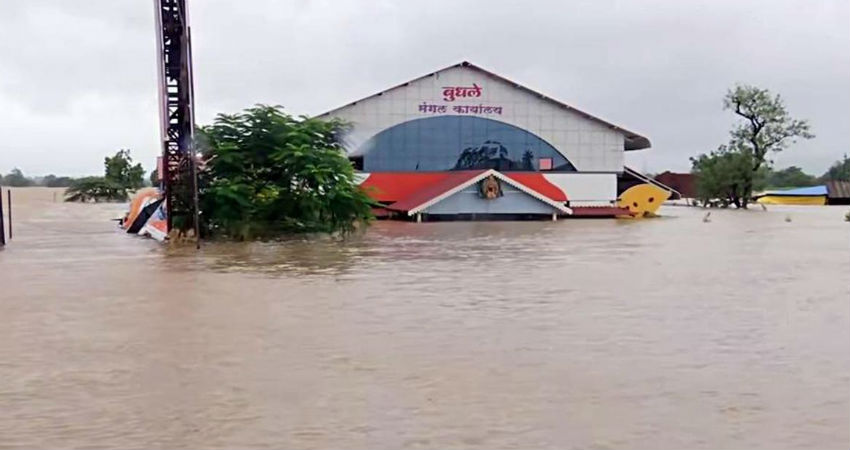 Heavy rains are still going on in parts of Madhya Maharashtra, with Mahabaleshwar recording heavy showers for the 20th consecutive day. The hill station has observed 68 mm rain in the last 24 hours. However, a major portion of the meteorological division recorded scattered light rains only. A similar condition was observed in the parts of Konkan and Goa.

On the contrary, Marathwada is still deprived of any significant showers. In fact, this division is facing drought-like conditions.

Thus, a contrasting situation is being observed in the state. On one hand, where more than 2 lakh people have been evacuated and taken to safer places due to the recent floods, cloud-seeding is going on in the parched region of Marathwada, wherein almost all the dams are holding zero water currently.

Monsoon rains are expected to revive once again in Vidarbha, due to the Low-Pressure Area which is likely to form in the North Bay of Bengal. This system would further move in the westerly direction towards the central parts of the country.

Meanwhile, scattered light to moderate rains will occur in Marathwada for the next few days. The intensity of rain will once again increase in Konkan and Goa as well as Madhya Maharashtra including Nashik, Pune, and Malegaon and moderate showers are likely here during the next 48 hours.

Mumbai rains will revive around August 14, due to Low-Pressure Area that will activate the Monsoon surge yet again. The city may observe moderate rain with one or two intense spells during this period.

At present, Maharashtra is rain surplus by 34%, wherein Madhya Maharashtra is excess by a whopping 75%. In fact, it is the only region in India with such a huge surplus. This sudden increase can be attributed to the recent heavy to very heavy rains over the South Madhya Maharashtra region, wherein places like Sangli, Satara, Kolhapur observed heavy rains, while occasional good rains made an appearance over Nashik, Malegaon, Pune, Jalgaon, and Mahabaleshwar.

Konkan and Goa too is in excess of 47%. While Vidarbha is at par, i.e neither surplus nor deficient. On the contrary, due to poor rains, Marathwada as of August 11 is deficient by 18%.