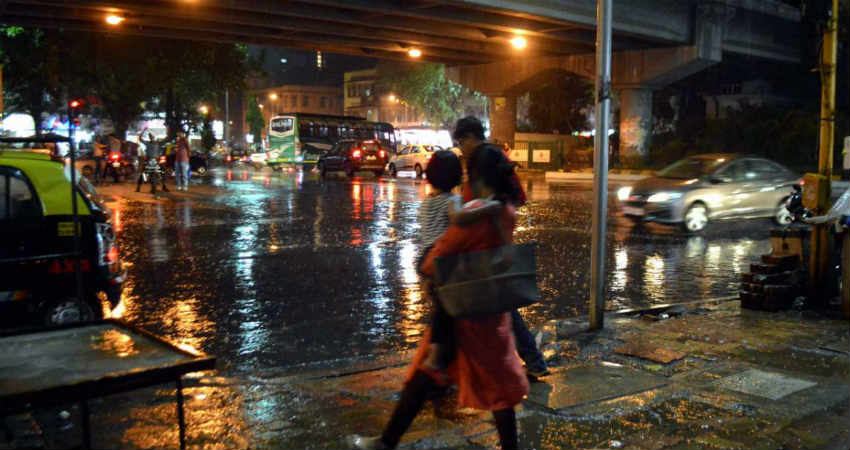 Southwest Monsoon resulted in a bumper performance for the city of Mumbai. In fact, the month of September also broke several records in terms of witnessing heavy rainfall activity.

Now, Southwest Monsoon has officially withdrawn from the city, paving way for the arrival of Northeast Monsoon in South India. However, rainfall activity still continues over the city of dreams, making the residents wonder as to when will these rains finally retreat for real.

The city of Mumbai has been receiving on and off rains for the past few days. However, these rains have remained on the lighter side over the city and the suburbs have seen a few moderate spells during the same time frame.

In a span of 24 hours from 8.30 am on Sunday, Thane recorded moderate rains of 19 mm. Rains over Colaba were light at 6 mm. Similarly, Santa Cruz saw 4 mm of rains during the same time frame.

These rainfall activities can be attributed to the presence of a low-pressure area in the Arabian Sea which has been feeding moisture over Mumbai and its adjoining areas.

Now also we expect that light rains will continue over the city of Mumbai for at least another 24 hours. Moreover, due to these rainfall activities, temperatures ready continue to be on the lower side and Mumbaikars will enjoy pleasant weather for at least a couple of more days.