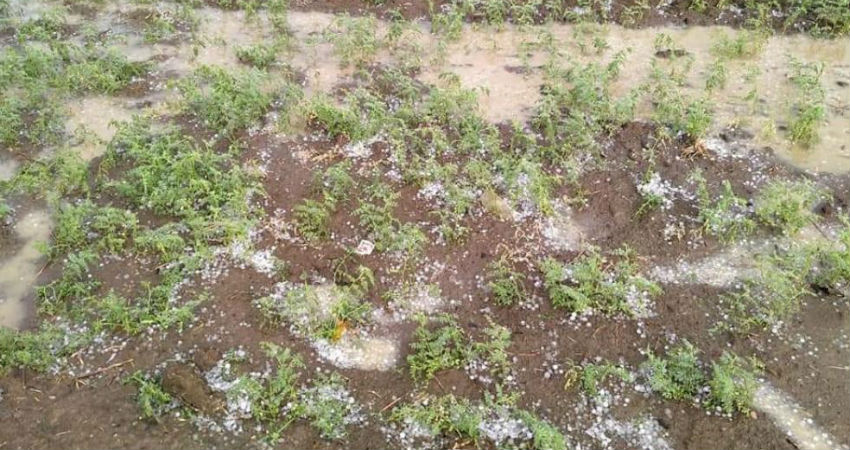 The fourth spell of winter rain has been lashing Northwest India since yesterday. Fairly widespread rain and thundershowers have occurred in Punjab, Haryana, Delhi, North Rajasthan and West Uttar Pradesh during the last 24 hours. Hailstorm activities were also reported from many parts of these states.

According to the rainfall data available with Skymet, Karnal has recorded 14 mm of rain, followed by Ambala, Rohtak, Hisar and Bikaner that received 7 mm each. Meanwhile, Ludhiana, Sri Ganganagar and Palam observed 4 mm of rain each while Meerut, Patiala, Pilani and Churu received 6 mm each in a span of 24 hours from 8:30 am on Monday.

At present, an active Western Disturbance is over the Western Himalayas. This system has induced a Cyclonic Circulation over Northwest Rajasthan and adjoining parts of Punjab and Haryana. A Trough is also extending from this system up to Uttar Pradesh.

Due to the combined effect of these systems, more rains are expected in the northwestern plains during next 24 hours. The intensity is expected to increase as the day progresses and we can expect isolated heavy spells in North Punjab, Haryana and Northwest Uttar Pradesh today. Hailstorm activities resulting in heavy damage to crops are also likely. There is also a possibility of lightning strikes in some parts of these states.

All these weather activities are expected until the morning of January 29 in Punjab and Haryana. However, the weather of Rajasthan may start clearing up from tonight.

After vacating Rajasthan, rains are expected to shift towards Uttar Pradesh and good rains are likely in West UP until the evening of January 29.

The winds would also change their direction from tomorrow afternoon in West Punjab, Haryana and Rajasthan, leading to a drop in the temperatures. And by January 30 or 31, minimums of entire Northwest India are likely to drop by 2-4 degrees Celcius. As a result, the winter chill would return and morning and nights are expected to turn extremely cold.

Weather update and forecast for February 05 across India

Successive Western disturbances will continue to give snowfall over Western Himalayas

Dry and warm weather to continue over Gujarat

Winters on a receding note for North Indian Plains