Rain in Hyderabad, Telangana for next 2 to 3 days, relief from severe heat wave likely 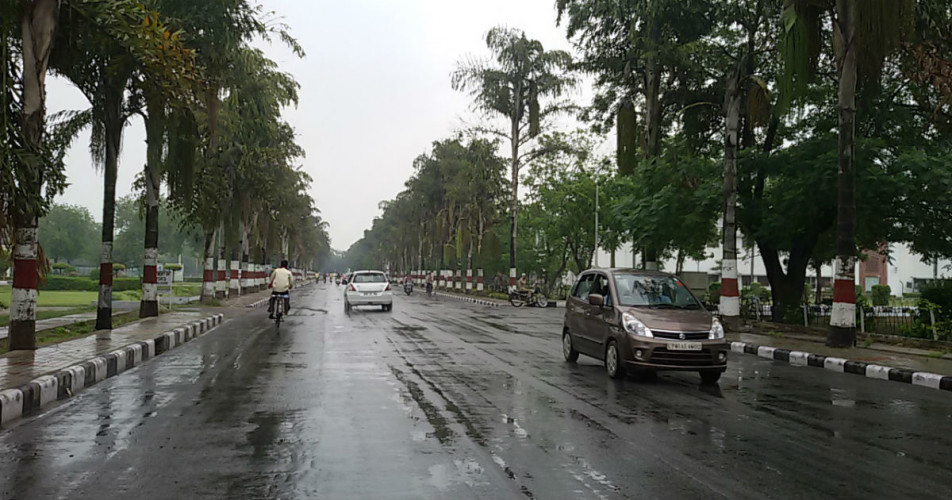 The entire state of Telangana has been reeling under heat wave to severe heat wave conditions for the last many days. Plus, the state was continuously experiencing dry weather. However, during the last 24 hours, a major change has been noticed in the temperature pattern of the state. The maximums have dropped by 2℃ to 3℃, bringing a major relief to the residents.

The reason for this sudden drop in the temperatures can be attributed to the rains continuously going on in the vicinity of the state i.e. over coastal Andhra Pradesh. In wake of these rains, humid winds are blowing over Telangana.

According to Skymet Weather, conditions have now become favourable for lashing rains over Telangana. Scattered light rains will commence over many parts such as Hyderabad and Nizamabad tomorrow onward. The entire state will experience on and off rains, mainly with light intensity for the next two to three days. Thereafter, weather will once again go dry.

These rains would help in easing out the temperatures to some extent and in abating heat wave condition which is still persisting in isolated pockets of the state.

Further, in the coming two to three days, maximums will drop by 2℃ to 3℃, however, in any case mercury will not go below 40 degree mark.

According to our weatherman,“Normally, the onset date of Monsoon over Kerala is June 1. However, as reiterated, there might be some delay this time. As a result of this, Monsoon onset is expected to get delayed over Telangana as well. Moreover, weather models are indicating that the progress of Monsoon this time would be slow. Thus, we need to wait and watch until it makes an onset over Kerala”.