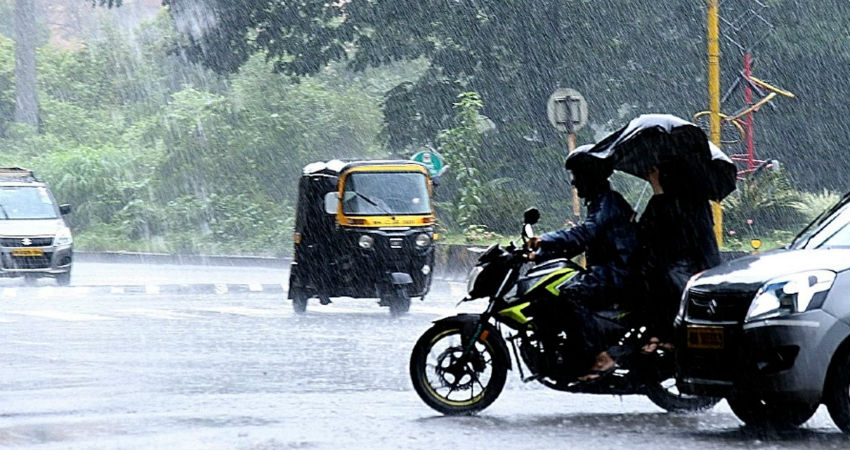 The meteorological division of Vidarbha has observed scattered rains during the last 24 hours. Places like Nagpur, Gondia and Wardha recorded light showers during the same span.

These rains have occurred due to a North-South Trough, which is extending from Northwest Rajasthan up to Marathwada across Madhya Pradesh and Vidarbha.

As this system is likely to persist for some more time, intermittent light rains may continue in Vidarbha today. The sky conditions would also turn partly cloudy to cloudy.

Moreover, another Trough is extending from Northwest Rajasthan up to the Northeast Arabian Sea across Gujarat. This system will lead to partly cloudy to cloudy sky in North Konkan and Goa including Mumbai, Thane and Dahanu. There are also chances of isolated light to very light rain in these cities during next 24 hours.

On the other hand, Marathwada, Madhya Maharashtra as well as most other parts of Konkan and Goa may remain dry only.

By tonight, the weather might start clearing up as the rain belt is expected to shift towards Chhattisgarh and Odisha.

From tomorrow, the wind direction is likely to change over North Konkan and Goa as well as Madhya Maharashtra. Northerly cool winds are expected to take over the region leading to a drop in the minimums. The mercury in Mumbai is likely to settle between 13 and 15 degrees Celcius and the dream city may witness pleasant days followed by cold nights.