Snow and rain in Ladakh, Jammu and Kashmir, Himachal, winters to knock the doors of Northwest Plains soon 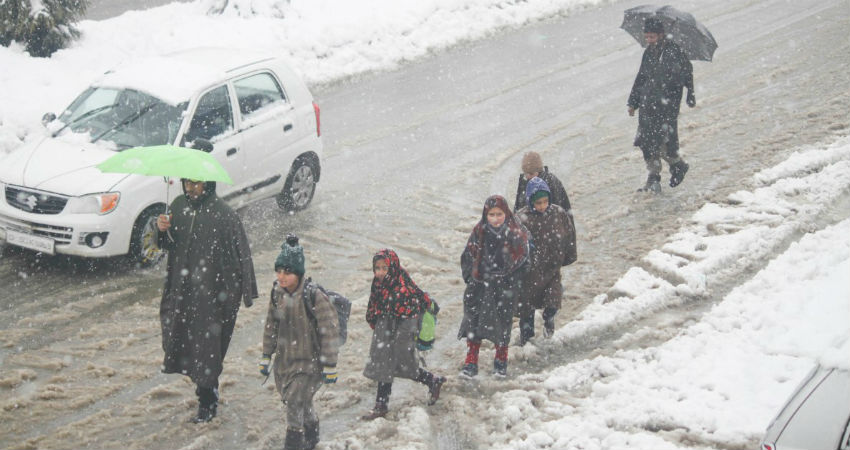 Third active Western Disturbance in the month of November is approaching Jammu and Kashmir, thus we can expect scattered light rains to affect the state by tonight. The intensity of rainfall activity will increase by tomorrow and we expect light to moderate rain or snow with one or two heavy spells in Jammu and Kashmir, Himachal Pradesh, Ladakh between November 21 and 22 and in Uttarakhand from November 22 to 23.

During this period the maximum temperature will drop all across the northern hills making the days colder.

By November 23, the weather will start clearing up in Jammu and Kashmir as the Western Disturbance will move away eastward.

Forecast of heavy snowfall between Nov 21 and 23 may once again block Jammu Srinagar National Highway and other major roads in the valley. Tourists are advised to take precaution while travelling in these hilly states. The state administration in the wake of the upcoming snowfall should make necessary arrangements to tackle any untoward incident.

In Himachal Pradesh also Lahual and Spiti, Kinnaur and Kullu are prone to avalanches. While in Uttarakhand, Chamoli is avalanche prone.

During this time the incidents of landslides and mudslides cannot be ruled out. By November 24, this Western Disturbance will make a move and yet another active Western Disturbance will impact the Western Himalayas on November 26 and 27. It would bring widespread rain and snowfall, covering almost all the places in Jammu and Kashmir and Himachal Pradesh right from Gulmarg, Pahalgam, Srinagar to Kullu, Manali, Lahaul and Spiti from November 25 to 27.

At the same time, an induced Cyclonic Circulation will be a sight over the northern plains. During this time as well, rain and thundershowers will be a sight over Punjab, Haryana, parts of Rajasthan, Delhi and West Uttar Pradesh. Along with this, isolated pockets may even witness hailstorm activities.