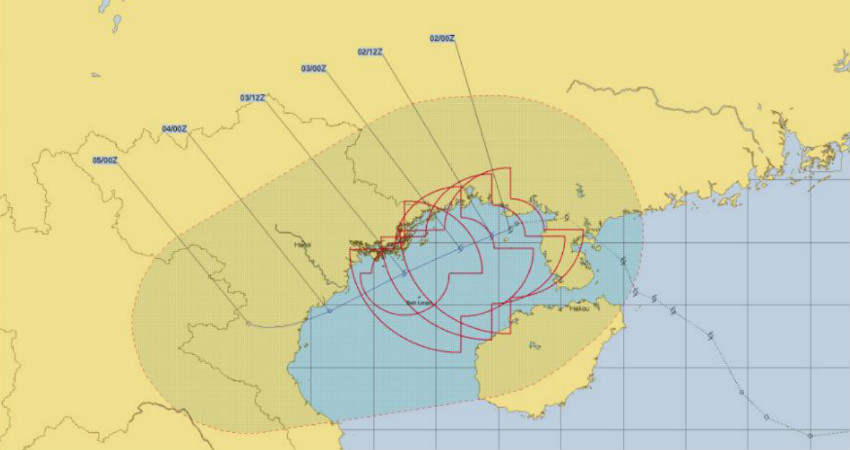 Tropical Storm Wipha, which was formed in the South China Sea between the Philippines and China won’t intensify much but is likely to bring the risk of flooding and locally damaging winds to the region in the coming days.

Wipha will now track west-northwestward near the coast of China's Guangxi province before tracking into northern Vietnam this weekend. Locations from southeastern China into northern Vietnam and northern Laos will need to be on alert for potential flooding downpours and a heightened risk for mudslides.

Rough seas will also be stirred and create dangers for boaters and swimmers across the Gulf of Tonkin into Saturday.

This weakened system is likely to reach the Bay of Bengal in the coming three days that is around August 5 where already a Cyclonic Circulation will be prevalent. As per our experts, around August 6 both these systems will merge and then form a Depression. This will possibly be the first Depression of this season.

During this time, the system will become more organised and will then move partly to the North Bay of Bengal and partly to West Bengal and Odisha. We can say that this system will have extensive coverage and good rains will be a sight over the West Bengal, Odisha adjoining Andhra Pradesh and Telangana.

Subsequently, around August 10, it will reach the states of Gujarat and Rajasthan as well.