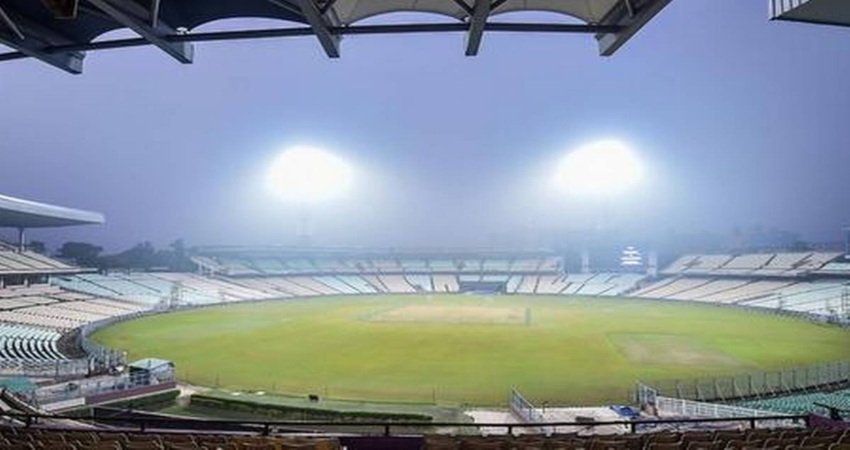 Test matches are usually played with a red ball but in case of day and night matches a pink-coloured ball is used as the natural light of the red ball fades away.

Now let us check out how the weather is going to be in the city of Kolkata at the time of the match. During day time, the humidity is comparatively lesser than nights which makes the day time warmer. But during nights, the humidity increases which also increases the chances of the ball to swing more.

The month of November in Kolkata has been pleasant weatherwise. And it is likely to remain the same for the entire 5-day-period of the first Test match. Rain in the month of November for this city is far and few. The days will be warmer with the maximum temperature hovering around 30 degrees Celsius while minimum temperature is likely to settle close to 20 degrees making the night pleasant.

The city of Kolkata is far from the reach of the Western Disturbance. But Cyclone Bulbul has given some rains as it happened on November 9 where the city recorded 20 mm of rain in a single day when the Cyclone Bulbul was in close proximity to the coastline and crossed through. This is the only day in the month of November when the city has recorded rain so far.

Now, the rest of November is going to be dry and from November 22 to November 26 that is during the period of the first day and night Test match, on account of weather, we do not expect any interruption in the match. The weather will be pleasant throughout with clear sky and hazy conditions.

Thus, we can say that the weather is not going to play any spoil spot during the match.