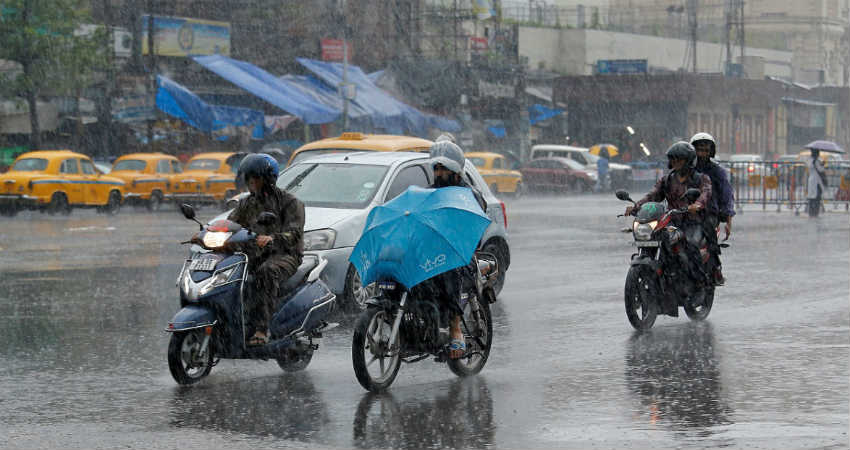 Very Severe Cyclonic Storm Bulbul now lies near 20.4-degree North and 88-degree East about 280 km south of Kolkata. The system is tracking northwestward and is moving at a speed of 13 kmph for the past 6 hours. The system is likely to track further in northeast direction after recurving. As the system will recurve it might lose strength marginally. With the movement it may cross the coastal stations of Sagar Island, Khepupara of Bangladesh near Sundarbans Delta by today night or tomorrow early morning. The southernmost coastal stations of West Bengal like East and West Midnapore, Kolkata, North, and South Parganas may receive very heavy to extremely heavy rains during the next 24 hours. The wind speed may reach even up to 100-110 kmph gusting to 130 kmph.

Few stations of Digha, Contai, Tajpur, Nayachar will be also under the scrutiny of Bulbul. The storm might cause damage to kutcha houses, power and communication lines and roads in parts of West Bengal, and people are advised in vulnerable areas to stay indoors.

Already the coastal stations of Midnapore and Parganas have been receiving moderate to heavy rain with slashing winds. These winds are gradually expected to increase till it reaches its peak towards night.

Howrah, Hooghly, Bardhaman may also receive heavy to very heavy rains with a wind speed between 60-80 kmph and it may even gust up to 90 kmph.

While Purulia, Bankura, Murshidabad, Birbhum may receive moderate to heavy rains with gusty winds reaching 50-60 kmph during the next 24 hours.

The activities will continue to prevail over the region until tomorrow morning and gradually it will reduce as the system will move towards the northeast and after its landfall, it is expected to degenerate rapidly.