Rare November Hurricane Sebastien may form in Atlantic, no Cyclones in the Indian Seas 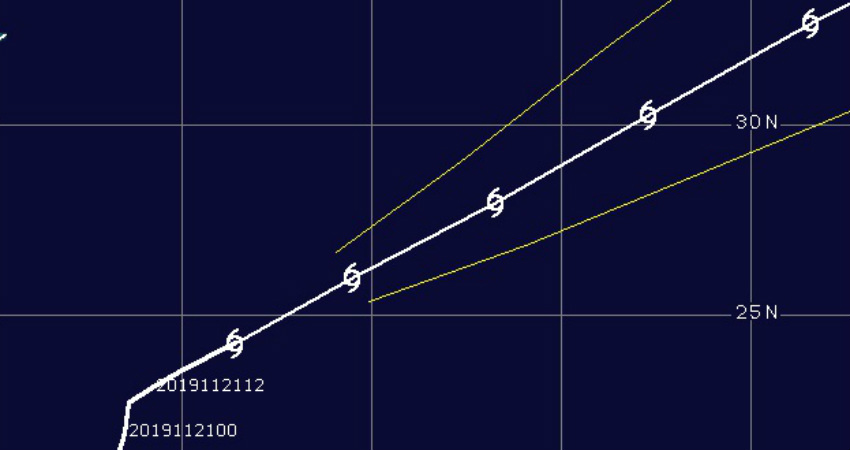 Tropical Storm Sebastien which has been whirling in the Atlantic Ocean has some chance of becoming a Hurricane tonight. The storm is about 2000 km east of Miami, and as per the National Hurricane Centre, the system is expected to remain in the sea.

It is not a regular feature to see storms forming in the Atlantic Ocean, so late into November. Thankfully, the storm poses no threat on land, due to its distance from any landmass.

As of yesterday, Sebastien had winds up to 96 kmph. A tropical storm becomes a hurricane when its winds reach 119 kmph. If and when it reaches that speed, Sebastian will be the seventh hurricane of the 2019 Atlantic hurricane season, however, it will only remain of Cat 1 hurricane status, if at all it forms and not see much intensification thereafter. The season officially comes to an end on November 30.

The one reason that the Hurricane Sebastien will not intensify is because of its movement into the cooler waters. For any storm to intensify or even sustain, the sea surface temperatures at least need to be around 29 degrees. However, as the image mentioned below shows, Sebastien will move into temperatures which are much lesser than that, resulting in its decay. 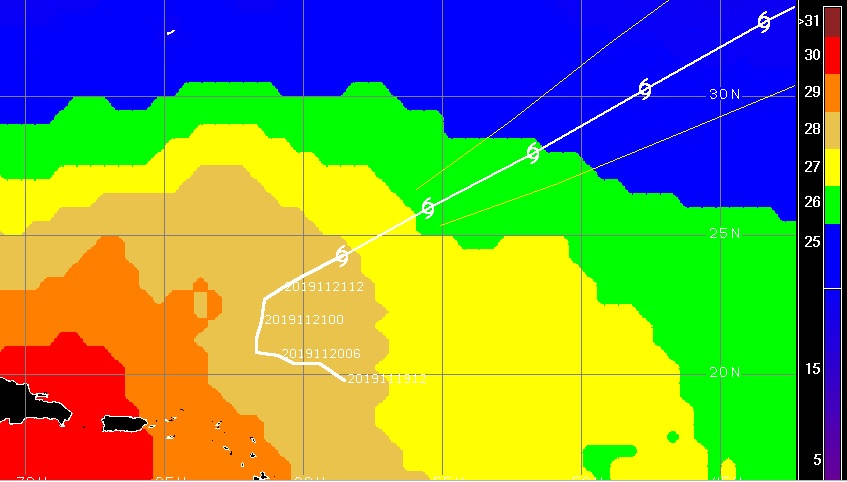 As per records, it will also be the first Hurricane with the letter S since Hurricane Sandy, which hit in the year 2012.

There have been 18 named storms in the Atlantic this year, which includes Sebastian. The last time so many storms formed was in the year 2012.

Sebastien, after gaining strength and going through some weakening will move to the Azores during the weekend. However, by then, the winds will not even be tropical storm ones.

There have been just seven hurricanes to form after November 20, since the year 1966. Thus, in every seven to eight years on an average, hurricanes form after the given date. The last time a hurricane developed after this date was in 2016, Hurricane Otto.

On the other hand, Indian Seas are in their Cyclone Season. However, there does not seem to be any Cyclone forming in the coming days for both Bay of Bengal and Arabian Sea.