AQI in Delhi improves as light rain and moderate winds appear, to get even better in next 24 hrs 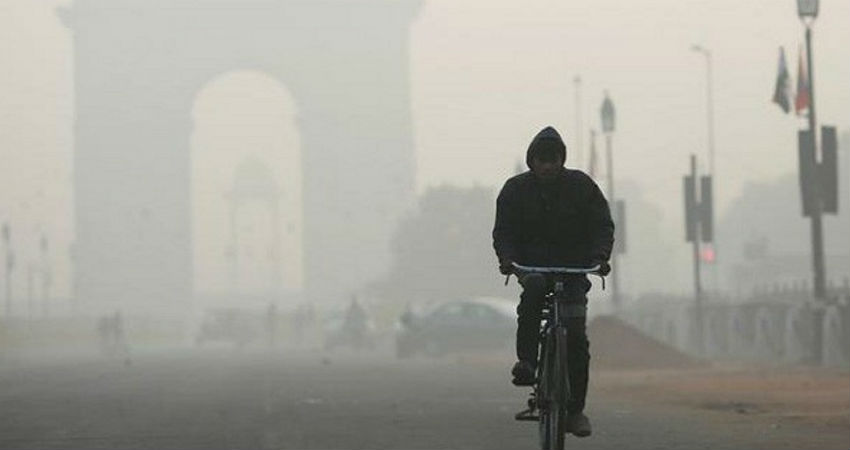 After observing severe air quality, a significant improvement in AQI of Delhi was noticed on Thursday. Very light rainfall and wind speed up to 20 to 25 kmph made this possible. The overall Air Quality Index of Delhi and NCR area reduced to 350, thus entering into ‘poor category’ from ‘severe to very severe’ category in the recent past.

According to our meteorologists, winds are likely to pick up more pace and blow with moderate speed over Delhi and NCR area today. These winds would push away the air pollutants, leading to a further improvement in the pollution levels. However, chances of rainfall activities are less.

As per the data available with Skymet, the overall AQI of Delhi, today morning, was recorded at 314. The quality of air in many areas has improved and has entered into ‘moderate to poor’ category, while a few places have been still reeling under ‘very poor’ category.

However, this scenario is likely to get only better as a gradual improvement in air pollution is anticipated during the next 24 hours. And we expect, most of the areas to record AQI under ‘moderate to poor’ category now, barring a few pockets.

By tomorrow, the situation would improve even further as wind speed will increase up to 15 to 20 km, gusting to 25 kmph. Thus, it is safe to say that the Delhiites would be able to breathe somewhat cleaner air for the next two to three days.

Moreover, the rainfall activities in the adjoining states of Punjab and Haryana have been instrumental in washing out air pollutants in the lower atmosphere. As a result, winds coming from these states would be much cleaner than before.