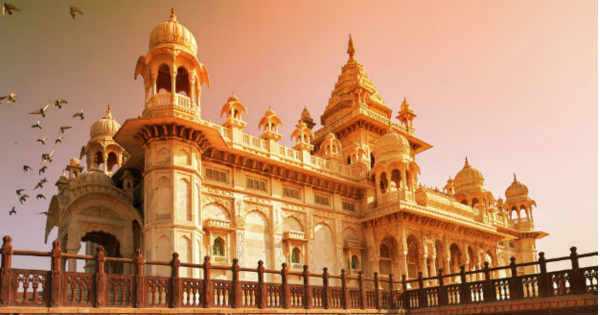 In the pre-Monsoon season, heat wave spells become more intense in the states of Gujarat and Rajasthan, particularly in the western parts of Rajasthan as we move towards May. In fact, the month is the hottest month for both these states, as June onwards Monsoon season starts setting in the nearby states of Punjab, Haryana, Madhya Pradesh and Maharashtra. This leads to change in wind pattern that in turn results in slight temperature drop in Gujarat and Rajasthan.

This April, Rajasthan has received fairly widespread pre-Monsoon activities. Spell of dust storm activities accompanied with strong winds were followed by hailstorm and rainfall activities. Due to such widespread rains, at present East Rajasthan is largely excess by 227% and West Rajasthan by 27%. However, Gujarat remained almost dry with few spells of widespread rain and thundershower activities occasionally. These weather activities in Rajasthan and Gujarat have been attributed to the passage of successive Western Disturbances and their induced cyclonic circulations over parts of Rajasthan. Now, in the absence of any significant weather system, hot and dry weather is prevailing over most parts of these states for last many days. Moreover, temperatures are continuously rising due to which heat is picking up pace. In coming days, no relief is in sight over Rajasthan and Gujarat. Therefore, we expect rising temperature pattern to prevail with maximums settling around 39˚C. Some districts may even come under heat wave condition with day temperatures exceeding 40˚C. But due to the Western Disturbance approaching the Western Himalayas on April 24 and 25, few parts of West Rajasthan such as Phalodi, Jaisalmer, Sri Ganganagar and Hanumangarh may observe clouding followed by patchy thunderstorm activity. However, these showers would not bring any relief from scorching heat as these showers would take place during the evening hours only and thus, would not have any impact on the day maximums. Image Credit: Wikipedia Please Note: Any information picked from here must be attributed to skymetweather.com