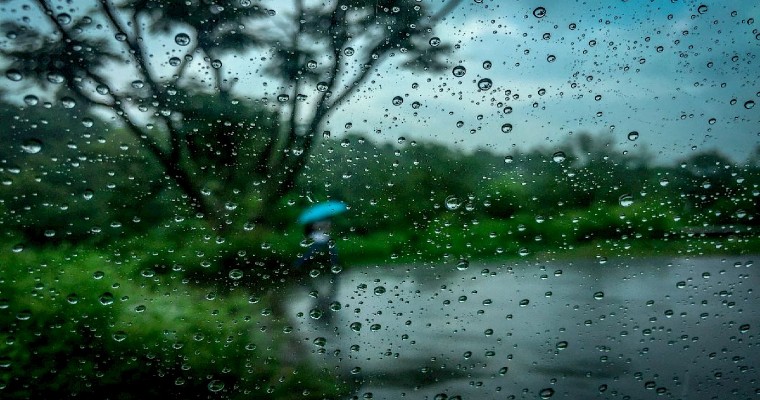 The sea surface temperatures (SSTs) variation in the Pacific Ocean and the Indian Ocean remain precarious, without any clear pattern. The ONI (Oceanic Nino Index) based on SST’s departures from average in the Nino 3.4 region remains below the threshold of -0.5°C, since October 2021. The Indian Ocean Dipole has been very close to or exceeded -ve IOD threshold ( at or below -0.4°C), over the past 8 weeks. The numerical models indicate the -ve IOD condition to continue till the fall of the year 2022.  La Nina is favoured to continue with about a 60% chance during the Indian monsoon and possibly increase through the fall and early winter of 2022. 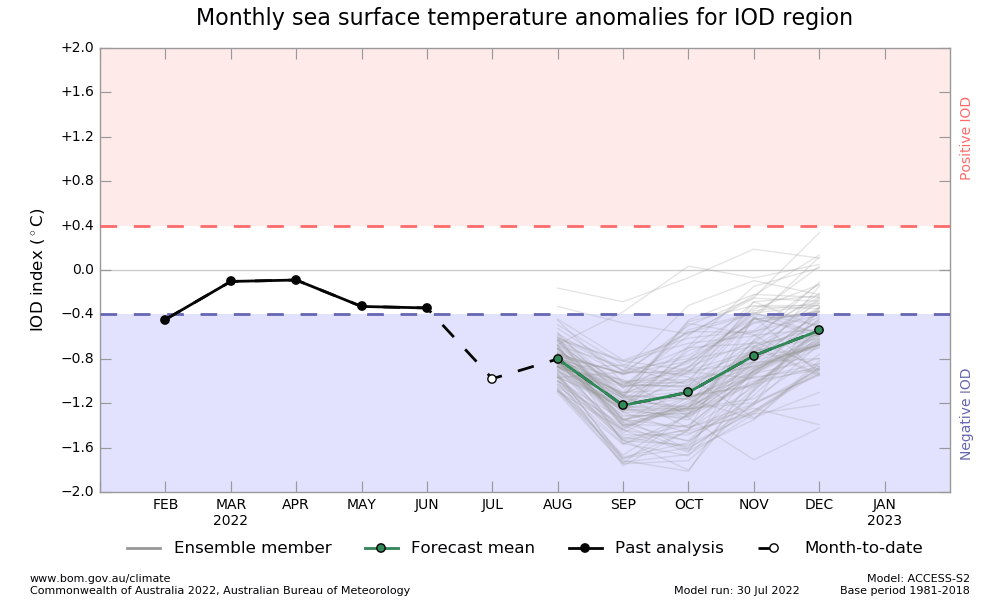 For a full-fledged La Nina episode, these thresholds must be exceeded for a period of at least 5 consecutive overlapping 3-month seasons. La Nina event with quarterly ONI >/= -0.5°C has been continuing since July-Aug-Sep (JAS) 2020 till now, with a brief drop during MJJ & JJA 2021. 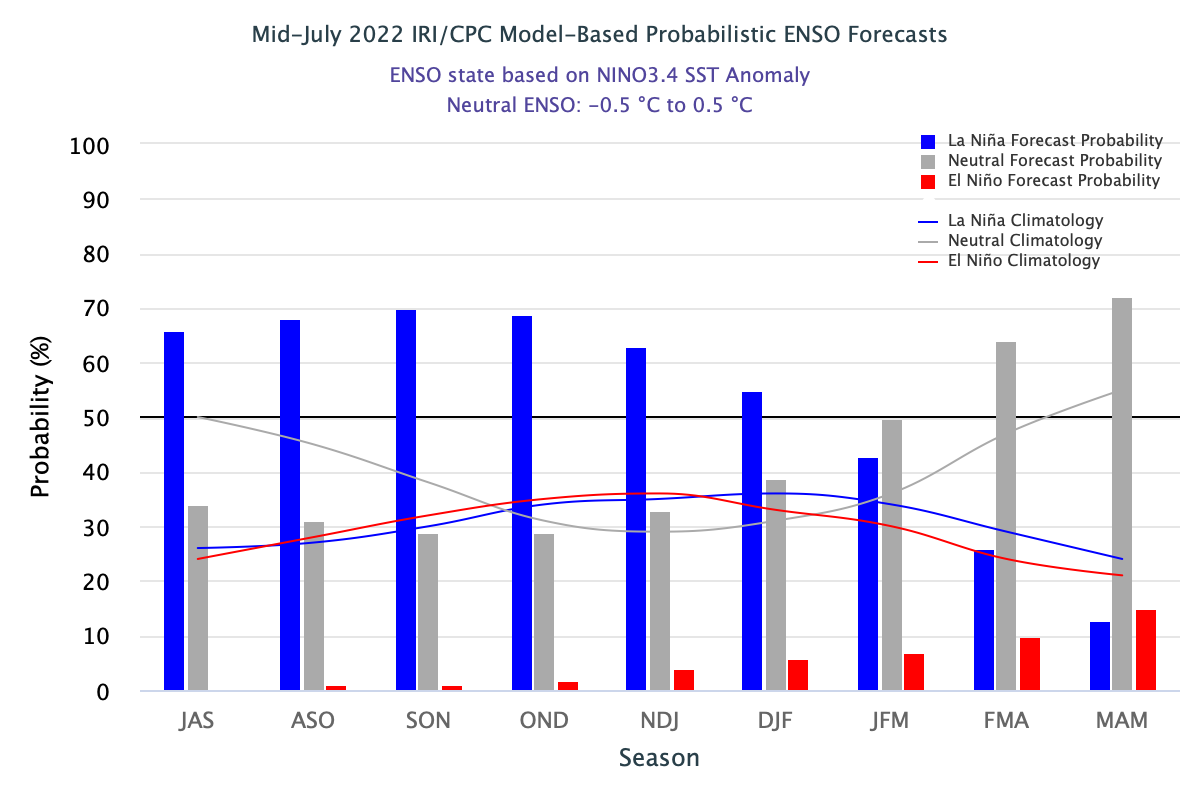 However, the ONI value of +/- 0.4°C continues to be aligned for El Nino/La Nina, particularly when the index gets back to the margins again. The current episode of La Nina is heading for one of the longest since 1998 when it lasted for 32 months ( JJA 1998- JFM 2001).

ENSO: During the last 4 weeks, +ve change in the equatorial SST anomalies were observed in the eastern Pacific Ocean, while -ve changes were visible in the east-central Pacific. However, the pattern remains indiscernible to draw any conclusive inference.

IOD: A -ve Indian Ocean Dipole is still under progress. The IOD index value has been continuing below the threshold of -0.4°C for the last 7 weeks. The latest index value for the week ending 31 July 2022 was -0.88°C. Negative IOD increases the chance of subdued rains, subject to compatibility of other ocean parameters. 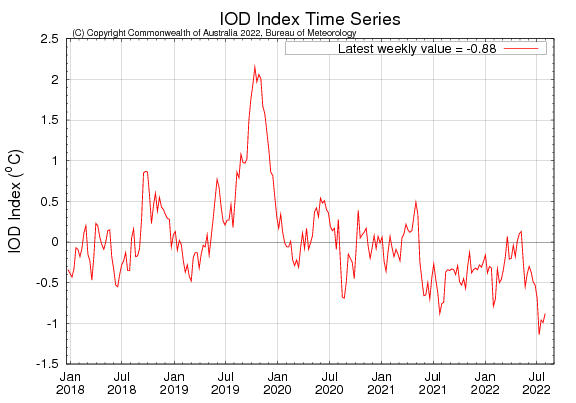 The model predictions indicate a slight rise in the temperatures during August but remain far below the threshold. Thereafter, it shows a steep fall in the closing monsoon month of September.

MJO: After a week of robust activity over the Indian Ocean and the Maritime Continent, the MJO signal is weakening again. The eastward progression seems to be getting stalled and the amplitude remains confined to the inner ring. The proximity of MJO in Phase 2&3 may still infuse weak convection over the Indian seas. Ongoing La Nina conditions and the conciliatory note of MJO may have constructive interference, but the forecast remains jumbled.

IOD and La Nina showdown are very evident. Who wins, remains unclear at this stage. The daily monsoon rainfall has dropped below normal for the 7th straight day. The seasonal surplus of 14% at one stage in mid-July has now lowered to 6%. Cumulative rainfall since 01st June is still surplus and can absorb the beat of weak monsoon pulse for a few days.

Weather update and forecast for August 08 across India

Relief for Kerala coming up soon