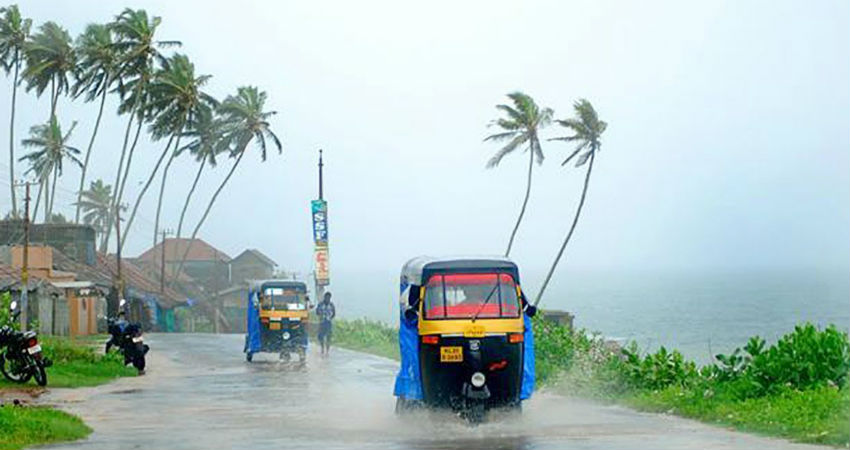 Southwest Monsoon season 2021 has officially ended with normal rainfall for the country. Since the withdrawal of monsoon is not yet complete, rains will continue till mid October. Parallelly, the stormy conditions will also prevail in the Indian Seas. Season 2021 is expected to be active with more than average number of storms in the Indian Ocean.

ENSO: ENSO neutral conditions are present. Equatorial sea surface temperatures are near to below average across most of the Pacific Ocean. A transition from ENSO-neutral to La Nina is favored in the next few weeks, with 70-80% chance of La Nina during fall of the year.

La Nina component is expected to increase, followed by Neutral and the least share of El Nino till winter season 2021-22. 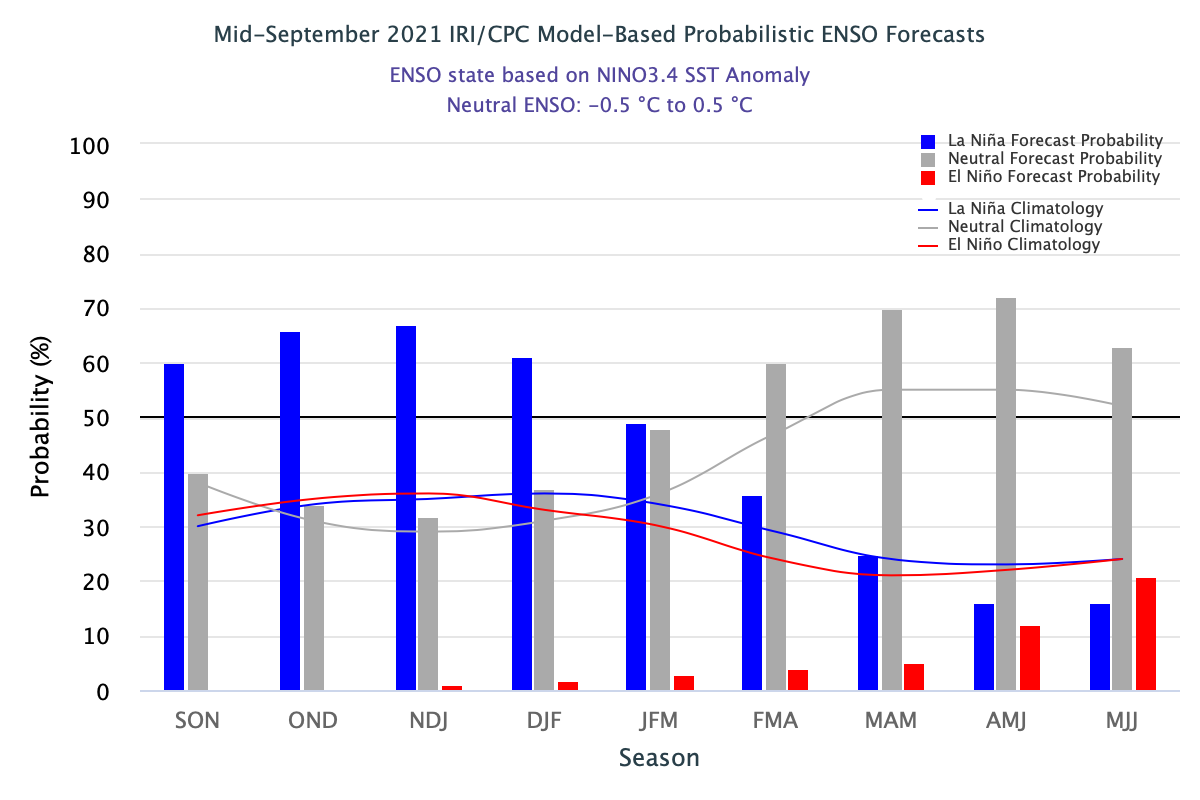 MJO: MJO is characterized by an eastward progression of large regions of both enhanced and suppressed rainfall observed mainly over the Indian and Pacific Ocean. The pattern of tropical rainfall then generally become nondescript as it moves over the cooler ocean waters of the eastern Pacific. A period of warming sea surface temperatures are found 5-10 days prior to the strengthening of MJO precipitation across Southern Asia. MJO will sail mostly in the Maritime Continent and Western Pacific with moderate amplitude, for the next 2 weeks.

IOD: Indian Ocean Dipole (IOD) is defined by the difference in sea surface temperatures between the eastern and western tropical Indian Ocean. The -ve IOD event has weakened with index values falling just shy of the -ve IOD threshold(-0.4°C) for most of past month and a half. The latest weekly value of IOD index to 03rd October was -0.49°C. An average of 4 each +ve and -ve IOD events occur during a period of 20years, with each event lasting for about 6 months. The occurrence of consecutive +ve IOD event is generally rare. 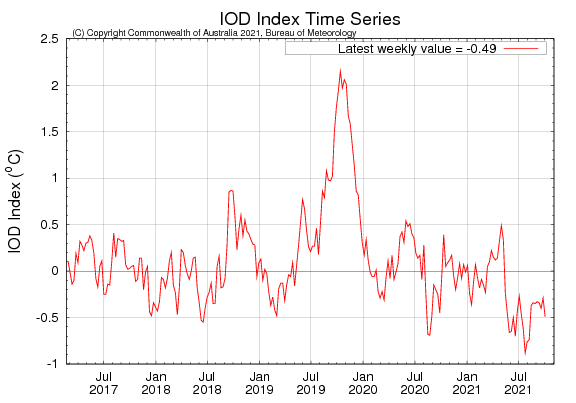 Rains to continue over Maharashtra and parts of Gujarat

Weather update and forecast for October 11 across India