Rains to continue in Prayagraj, Varanasi and Gorakhpur for another two to three days 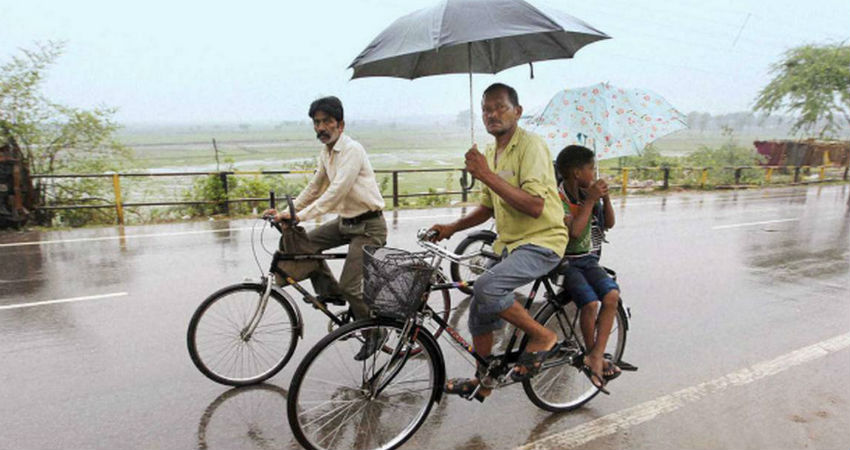 Good intensity rains have been going on in Uttar Pradesh for quite some time now. In a span of 24 hours from 8:30 am on Wednesday, Varanasi has recorded 41 mm of rain, while nearby areas such as Prayagraj and Chandauli recorded moderate rain with one or two heavy spells during the same span.

The ongoing rains are a result of a Cyclonic Circulation over East Uttar Pradesh. This system is likely to move towards Bihar and Jharkhand, thus gradually lowering down the rainfall activities over Uttar Pradesh. However, on and off rains would continue for some more time over the eastern districts of the state.

City-wise, Prayagraj, Varanasi, Chandauli, Gorakhpur etc are likely to see light rain with one or two moderate spells for the next two to three days.

On the other hand, no significant rainfall activity is likely over the western and central districts of the state. Places like Agra, Aligarh, Mathura, Etah, Jhansi, Meerut, Bareilly, Lucknow, Kanpur etc would witness nearly dry weather with localised short spells of light rain.

As the rains will now take a backseat, the temperatures would start rising and the day would become warm and sunny in West and Central Uttar Pradesh.

Although the season of Monsoon is officially ended, we expect its withdrawal from the state would take some more time. This is because a Trough is likely to form across Haryana, Delhi and West Uttar Pradesh between October 9 and 12, which would keep the rains going in parts of the state.

UP has seen good showers this Monsoon season. In fact, continuous spell of rains had also triggered flooding in parts of East Uttar Pradesh.